How to manipulate opinions about Argentina’s economy 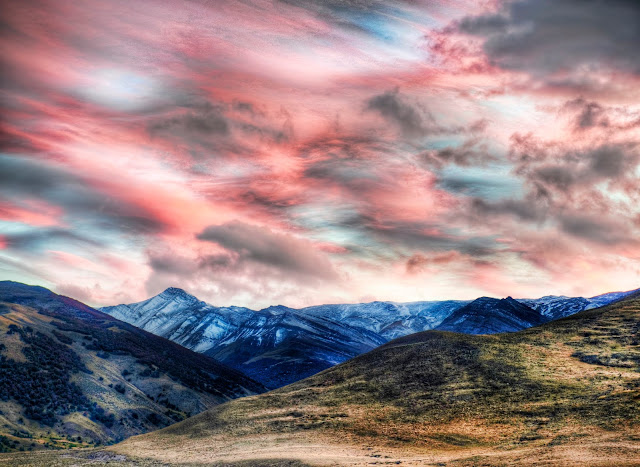 At 1:40, “In the last four decades, the economy has fluctuated between very different models: one that protects industry and one that delivers to international markets” (CAPITAL LETTERS mine). Did you realize what media manipulation is? The journalist there, very professional (without any irony) falls into her own prejudice. Let’s say she has every right to think that way, all right, but then it would fit, since it is journalism, to say why she said what she said, because she negatively adjective one economic model and positively another. And don’t tell me you didn’t, because you did. After all, “protecting” is an act of preserving one’s safety in the case of an entire country and in turn delivering an act of betrayal (not to mention cowardice indeed).
So how should she express herself? If it is with the criterion of objectivity, it should look something like this:
“Over the past four decades, the economy has fluctuated between very different models: one that increases customs tariffs on imported products and one that lowers customs duties on these same products.”
And if the meaning is not exclusively for the trade balance, but also the financial balance could be like this:
“In the last four decades, the economy has fluctuated between very different models: one that CLOSES the economy to foreign markets and one that OPENS to international markets.”
The problem is that in this last “closing” implies something normally bad, so we could substitute, for example, “diminishing interdependence” and hence, to compensate, in the following sentence “widens interdependence” or “inserts the economy” in international markets ”. The fact is that the choice of the journalist was very evaluative and not objective.
Let’s continue…
Still talking about the models and the harms of constant economic model exchanges, at 2:10 says:
“One CLOSES the country, another OPENS indiscriminately. One imposes controls, another deregulates everything ”(my capital).
“Close”, as I said, has a negative meaning here, but see that “open” should be sufficient to counteract the models, without the need to overvalue the action, as in “indiscriminately”, which reveals that common sense remains only for the first model, the protectionist, which closes the market, the other opens too much. This is what is made clear in this subtext and which enters the mind of the unwary listener. This my dear is manipulation and endures much more than the simple fake news so fashionable, because it is not an explicit lie, it is a worldview that is already part of the author’s thinking.
The problem is still repeated in the second sentence, “imposing” is bad, “controls” depend, it may be, it may not be, it depends on the objective and the result, now “deregulate”, except if you are an anarchist or a libertarian, it does not sound good and is still aggravated by the “everything”, which, here among us, should not be true at all. All?! Everything all ?! Of course not! The hype there gives the journalist, it is clear what she thinks and learned in her college, that liberalism is bad.
How could she enunciate? What about:
“One closes the country, another opens” and full stop or “one closes the country bluntly, another opens indiscriminately.” In this case, she would be fair, rewarding. Ahead: “One imposes controls, another removes controls” or “one ADOPTS more regulations, another EXCLUDES regulations” and so on, always trying to be balanced, even if you have an opinion and option, which is irrelevant to those who objectively perform. Journalist task.
Come on, right ahead she hits at 2:15:
“One prohibits imports, the other encourages them”, which seemed to me to be much more balanced, I only doubt if it is a ban or a restriction.That’s it folks, there must be something else, but I got tired. I only used the example because despite criticism, I like the BBC and I admire her work. My criticism, therefore, is about something that is beyond our clear choices, which is not “service from a group” or “shady contract”, none of these Olavetic, pockets, and conspiratorial petty nonsense, but an inculcated worldview for decades, similar to the religion that was for centuries.
How to fight it? Restricting by law, censoring? OF COURSE NOT! The TRUE solution is READING MORE, HEARING MORE, AND WATCHING MORE. ALWAYS AND ALWAYS LOOKING FOR COUNTERPOINT AND DEFINING EVERYTHING.
Distrusting Everything… Even what you believe in yourself.
Have a nice day,Anselmo HeidrichNov 5 19
Check:
And yes, I like it.
Image “Harmony in Pink” (source): https://www.flickr.com/photos/stuckincustoms/4214613297/in/album-72157616374459331/
Postado por INTERCEPTOR às 9:56 AM